If you're a TVI like me and follow the American Printing House for the Blind's (APH) every move for news on new developments and offerings for software and devices available to Quota funds eligible students, then you know that the APH MATT Connect is one of the coolest new devices they have made available in some time.  If you're not very familiar with the device, I recommend you look it up at the following APH LINK, as well as my previous blog post about Smart Developments in Video Magnification HERE and Humanware's WEBPAGE for the Connect 12, their commercially available version of the device.

As you dive into using the MATT Connect or Connect 12, you will find that the device is simply an Android tablet with the pretty slick Prodigi app that Humanware included on it to enable smart video magnification features (that have been upgraded regularly since the device's release--- great work folks!).  In that sense, the MATT Connect will not feel all that much different from an iPad or other table you may have run into.  However, the most noticeable physical characteristic about the MATT Connect's tablet dynamic is that it is supposed to spend most of its time docked with the stand, for optimal hands-free positioning and document capturing.

Speaking of document capture and digital annotation and sharing, the Prodigi app contains such document image capturing features, but in some situations I find that certain other apps like Adobe Fill and Sign or Snaptype Pro are a bit more polished for use within typical classroom situations.  Even so, when using any of these solutions, the tablet is not always tall enough in the stand to capture entire documents.  Sometimes, an easy solution is to fold the documents in half and capture those, but that is just extra picture taking and can become a hassle.  So, what some of my students will do is take the tablet out of the stand and hold it higher to capture the entire document.

With Adobe Fill and Sign or Snaptype Pro, after taking a paper's picture you might think that you can just re-dock the tablet in the stand and crop or annotate, etc. without having to hold the tablet for the rest of the task.  My experience is that these apps (and other apps in general; I am just highlighting this routine because it is so critical) they do not like to rotate in certain ways between horizontal and vertical tablet positioning.  For example, you likely held the tablet vertically to best capture a document, but then the tablet fits horizontally into the stand.  However, the apps won't rotate and you have to crane your neck to the side to read/use it!

Hence, I looked into the tablet's screen rotation features, and they were all enabled.  There are simply some Android apps that prefer to be used in certain orientations only.  But, the workaround I wanted to highlight is that there are multitudes of apps in the Google Play store that can help you with this issue.  I have found that the control screen rotation app works great for allowing both Adobe Fill and Sign and Snaptype Pro to flip over to horizontal alignment.  It works the second it finishes installing!  Below is the app's icon graphic so you know that you've found the right one.  I hope this is useful to all of you getting started with the MATT Connect and Connect 12! It really is an awesome device, but there are some hiccups that might arise and I had to share this with y'all! 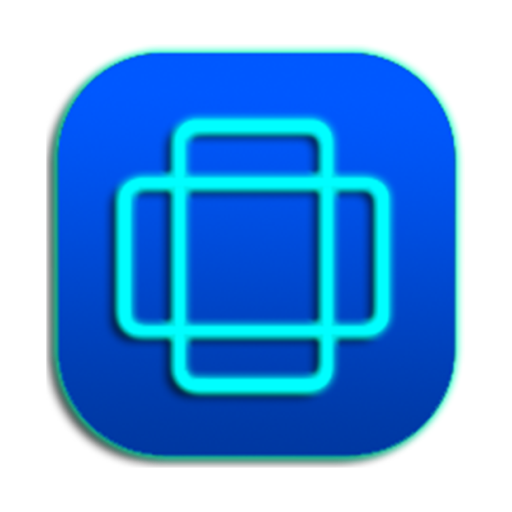 I would like to recommend shopping around for a screen rotation app that you prefer. I installed Screen Rotation Control onto my unit, and it works like a charm!
Read more about: Assistive Technology